So... can you cure dyslexia?

I was asked this at a talk I gave a couple of weeks ago, and I think that it's an important point to address. Can neurodevelopment therapy cure dyslexia, or ASD or ADHD or Downs syndrome? As with most things, it's simply not that straightforward. Cure is an odd word and with conditions such as these, it's difficult to quantify, as opposed to curing a sore throat or curing a fungal toe nail.

As someone who has dyslexia and dyscalculia I am well aware of the problems of getting through school and day to day life. I wasn't aware that was my problem until I was over 40, I had always assumed that I was just a bit stupid. But I also knew that I saw the world differently to other people, that I was good at solving problems and that I could think creatively and empathetically. I wouldn't want to change that but I would like to be able to get to places on time and be able to organise myself better. I would have liked to have been able to do maths at school and be able to get my thoughts down on paper. The list of famous dyslexics is long and distinguished, from Einstein to Jamie Oliver, Richard Branson to Steve Jobs. All blessed with a creative way of thinking and an ability to solve problems that 'neurotypical' people can't. So I don't believe a cure is what is needed, but improved function of the practical skills that society requires would be fabulous!

Now with new brain imaging techniques we know that the dyslexic brain works in an extremely inefficient way, without using the diverse areas of the brain to perform tasks like reading that a non-dyslexic person uses. This may have a role in why primitive and postural reflexes don't integrate well. So neurodevelopment therapy doesn't 'cure' dyslexia, but it will help retained reflexes integrate and build new neural pathways so that the brain is better organised and some of the processing which can be so difficult becomes easier. It doesn't take away the creative thinking and it doesn't change who

you are but it just makes life easier.

Similarly for children on the spectrum, often there are underlying retained fear reflexes - Fear Paralysis Reflex, Moro Reflex and Tendon Guard reflexes. If these integrate and fear and anxiety lessen, sensory issues should lessen, allergies should improve and consequently life becomes easier. People with ADHD/ADD often have issues with connections within regions in the brain and retained Spinal Galant reflex, if these are addressed then behaviour becomes less erratic and movements become more controlled and less impulsive and the need to fidget stops. People with Downs Syndrome will often have unintegrated primitive and postural reflexes and poor muscle tone and coordination, neurodevelopment will help these to integrate resulting in better core strength and improved posture and function.

So in summary, neurodevelopment isn't a cure, as often a cure isn't required, however it does enable the brain and the body to become better organised, so that many of the frustrating symptoms resolve and life to become easier allowing people to fulfil their potential.

Why you need to disconnect your head -

So What is Neurodevelopment?

Dare to Lead - and how primitive reflexes can interfere

Why Can't I get My Pen Licence Mum? 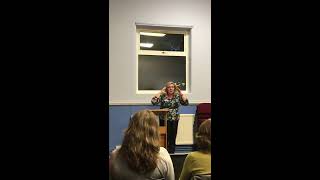 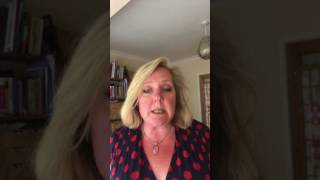 What I can offer to support children with special needs 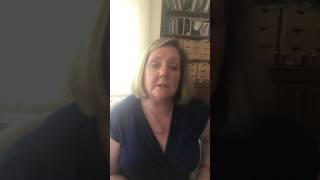 A quick overview of neurodevelopment therapy